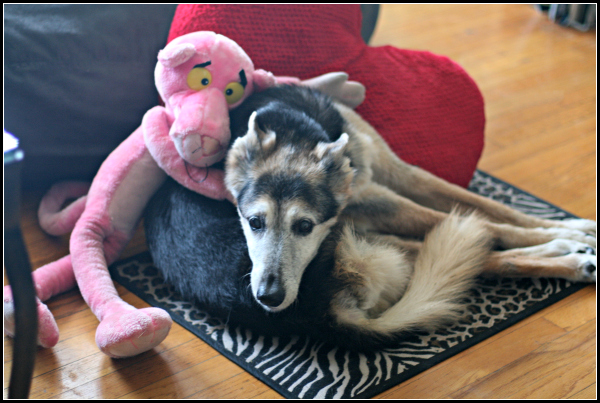 We’re excited to share that our boy Zuko turned sweet 18 today. We feel blessed that he is still here for us to enjoy and care for, especially given his current disability. We love him dearly, and he is and has been an important member of our family.

Zuko was adopted from the Los Angeles “Bundy” shelter in 1998 when he was only two months old. He has been such a loyal companion and friend. He was an amazing watch dog and protector throughout his life and into his senior years. Now it our turn to protect him.

He is the original ZUKO THE DOG, named after Danny Zuko, John Travolta’s character in Grease. 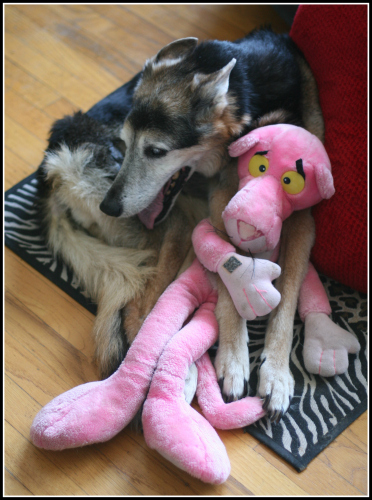 Zuko is enjoying the day with his family and some of his furry friends too like “Pink,” who has been hanging out with Zuko since he was 1 year old. He even accompanied Zuko the first time he was boarded over the weekend when his parents went away. Caught in a moment in the photo above, Pink is trying to help Zuko stand up again on his birthday. Two old Buddies: Zuko’s muzzle is gray now and Pink’s nose is faded.