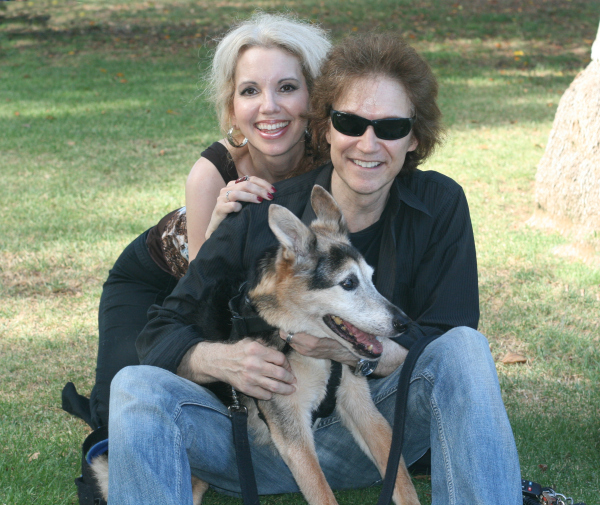 This year on September 25th Michael and I lost our best friend, Our Boy Zuko. It came as a devastating blow to us, even though we saw signs in his final days that he might be winding down and took him to a local vet. Although at most times he still had a youthful spirit and appearance, we could not ignore the fact of his age, foreboding neurological condition and a new set of symptoms that ultimately took his life. With trepidation and a sense the dreaded day could be approaching, we continually prayed and hoped for more time, but when that disquieting moment was upon us, there was nothing we could’ve done that would’ve prepared us for when it happened.

Zuko was like a child to us, adopted near the inception of our own relationship. He chose us as much as we chose him. It was always the three of us for over 18 years. We brought this beautiful little puppy into our home that had an amazing spark of life about him, and a wonderment and cautious curiosity about every single thing he encountered. We continued to nurture the spontaneity that was intrinsically his. He continued to make us laugh at his interpretation of his discoveries in life, we continually marveled at his intelligence and were fascinated by his keen perception and courage. He filled our hearts with love and thousands of licks, and was always the loyal companion by our side. He loved us equally. We included him in almost everything we did and every decision we ever made. We treated him like one of us. He was the warmth we could count on in an exterior world that could sometimes be cold and cruel. He was the warmth in the world we could embrace, and as his body continued to break down, we comforted him as well as ourselves, by literally carrying him to the end.

Michael and I were by his side telling him how much we love him when he passed that Sunday evening in September. He slipped away quickly when we were all together – just the three of us like it had been for so many years. We are so grateful for that. He was at home in a place where he used to like to sleep, surrounded by love. I feel especially fortunate to have held him in my arms just minutes before he took his last breath. Our hearts are crushed. Our recovery is slow. He is everywhere, but nowhere. We find peace in knowing his struggle with DM is now over. We laid him to rest at the Los Angeles Pet Memorial Park in Calabasas on September 27th, 18 years and one month to the day since we welcomed him into our lives and our home.

We are so grateful for the extended amount of time we were given with this amazing creature that God blessed us with, but having him around for so many years makes the recovery even more difficult on us now. We are finding peace in all the memories he’s left us with, the lessons he’s taught us, and how he will live on in our hearts and in our work. Zuko was truly an inspiration to the both of us.

Today is a chilly, rainy day in Los Angeles over three months since his death. It has taken me until now, the last day of the year, to post his passing on his site. In the new year I will be posting videos and information about taking care of a disabled senior dog that I hope will help other people.

Our wish came true in that we did not want to have to make the choice to put Zuko down, and we did not have to. He went on his own. God gave us this beautiful being to take care of, and the time came when we had to give him back.

For anyone going through something like we are, we wish you peace in the New Year.