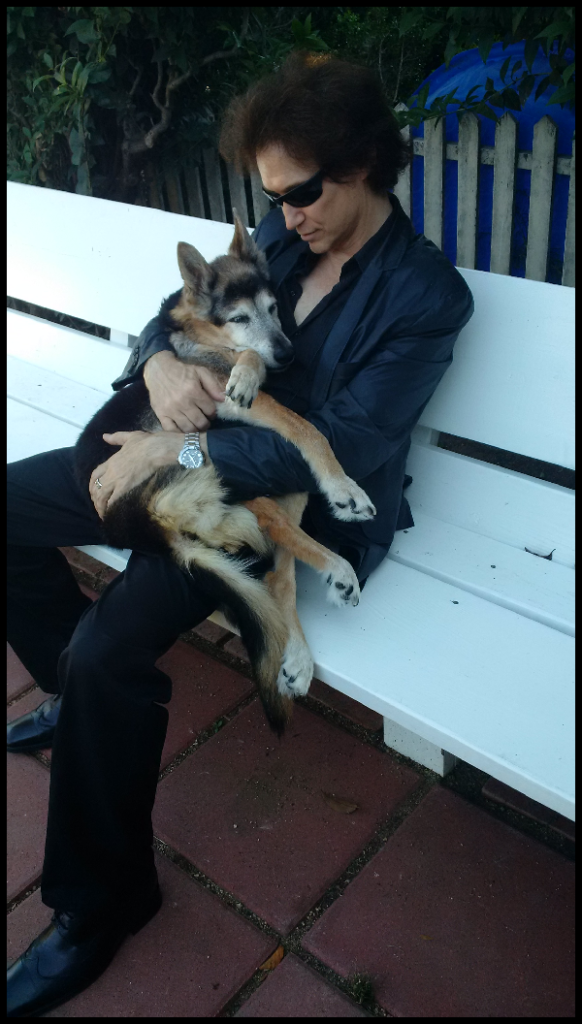 Five years ago today, we had Zuko at the vet and we knew he was winding down. I was inside paying the bill, and when I exited, Michael was cradling Zuko in his arms waiting for me. Zuko had fallen asleep, so peaceful, totally trusting Michael. Our boy was 18 years old and had full-on DM at this point, and he could not walk or sit up on his own anymore. We would’ve continued to carry him to the end of the earth if we could. He didn’t want to leave us, he fought hard, and he even continued to eat until his last day on earth. About 7 weeks after this photo was taken, he passed on his own with both of us by his side. I was so fortunate to have captured this moment, one of the many beautiful memories we have with Zuko. It really touched my heart.